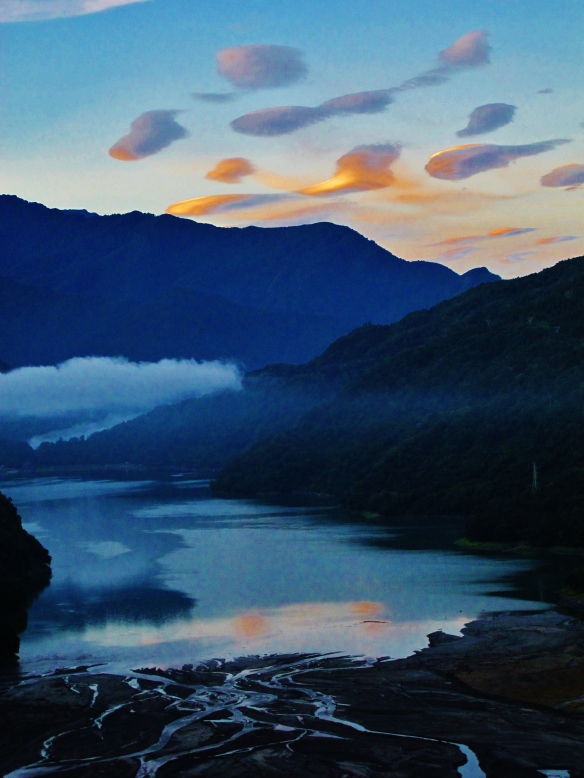 Another spot visited on this trip was Wushe, where this view of the lake at 5.45am was rather more impressive than the limited number of birds seen.

I rarely get to use my Kawasaki Ninja, as it’s not the most practical choice for birding or everyday use. But with fine weather forecast, this weekend presented a good opportunity to burn some rubber on the mountain twisties and perhaps see a bird or two as well, although the scope stayed at home!

My weekend route of some 700km took me through the hills past Tsengwen Reservoir, then into the mountains at Alishan and higher still to Yushan National Park, then down the long and lonely Highway 21 to Sun Moon Lake, onwards to Puli, and finally to the Wushe area. I returned on Sunday via Sun Moon Lake again, then Highway 3 pretty much all the way back to Kaohsiung.

By far the best birding on this trip was at Tataka, at the high point of the road where Highway 18 becomes Highway 21 (altitude 2,400 meters). A very good area to check for the sought-after Golden Parrotbill is the road around the Km 108.5 marker, the path leading down to the hostel from that point, and the surfaced hostel access road below the main highway. I saw at least eight Golden Parrotbills in this area today. Their hard chipping and twittering calls are quite distinctive and with a bit of patience they could readily be seen in the dwarf bamboo.

Also along the path leading down to the hostel, I enjoyed binocular-filling but all too brief views of a male White-browed Robin, which true to the skulking nature of this species promptly disappeared into the dwarf bamboo and was not seen again.

Bird activity was high at Tataka – unusually for a visit here in the middle of the day – and other birds seen over the course of an hour included Collared Bush-Robin, White-whiskered Laughingthrush, Spotted Nutcracker, Taiwan Fulvetta, Flamecrest, Coal Tit, Green-backed Tit, Fire-breasted Flowerpecker, Taiwan Yuhina and Asian House Martin. 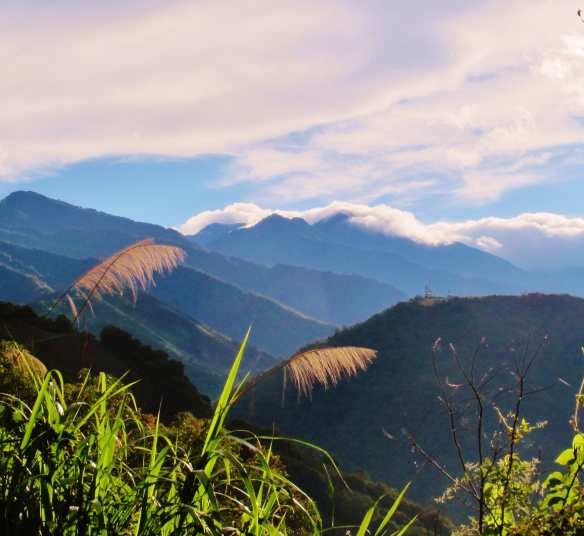 While the motorbiking was awesome, other birding highlights were few and far between. I spent some time at the Ci-En Tower, overlooking Sun Moon Lake, on both Saturday afternoon and Sunday morning, but there was no sign of any Large Cuckooshrikes, for which this is supposedly a regular site. On both dates, Plain Flowerpeckers were very vocal around the parking lot and the first couple of hundred meters of the trail to the tower – patience finally paid off with some reasonable views. I didn’t see much else here, except a late-afternoon flock of 48 Chinese Sparrowhawks heading south.

Just a scattering of common birds during a dawn visit to Chun Yang Farm, near Wushe, means that I am still waiting for my first Brownish-flanked Bush-warbler, and my first Taiwanese Vinous-throated Parrotbills.