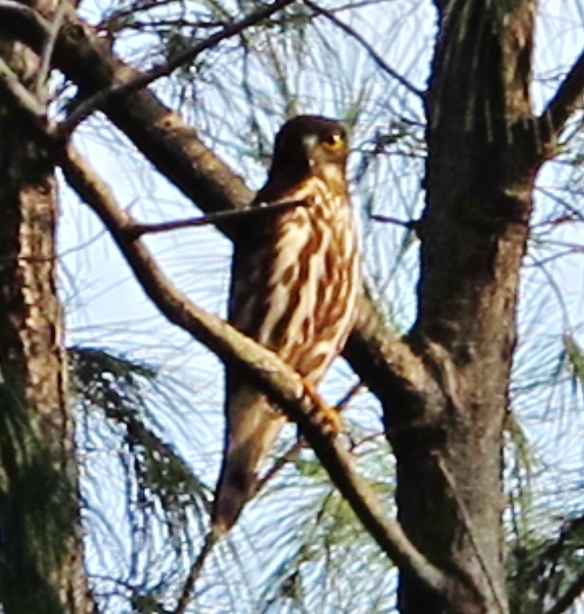 Even on quiet days, the coastal forest at Qigu can still come up with quality birds. This morning, a splendid migrant Northern Boobook showed very well, to just a fraction of the number of photographers who were here for the Siberian Thrush on Tuesday.

Another personal Taiwan tick – a Striated Heron – dropped out of the sky in front of me at the pond, but it remained for less than a minute before flying off south. Otherwise, the coastal forest was quiet, with just an Asian Brown Flycatcher and at least eight Arctic Warblers of note.

Elsewhere there didn’t seem to be much happening, although I didn’t spend much time looking. Perhaps noteworthy were a Richard’s Pipit along the embankment, a late Broad-billed Sandpiper among much-reduced numbers of common waders on the south side of the Tsengwen Estuary, and a fly-through Eurasian Kestrel near Highway 17.

This weekend I also spent some time double-checking my Taiwan and year lists, and found a couple of mistakes which boosted each list’s total by one. So my totals are now 258 and 249, respectively.

The nine species I saw in 2013, but not so far in 2014, are: Mikado Pheasant, Bulwer’s Petrel, Pied Harrier, Oriental Plover, Chinese Tawny Owl, Taiwan Varied Tit, Chinese Hwamei, Eyebrowed Thrush, and Eurasian Siskin. Of these, I hope to at least get Mikado Pheasant and Eyebrowed Thrush before the year is out, but I won’t be holding my breath to see the likes of Bulwer’s Petrel, Pied Harrier or Oriental Plover again!